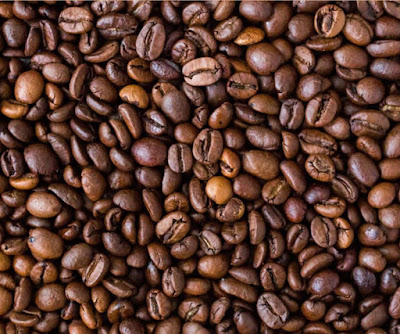 The U.S.Food and Drug Administration (FDA) says about 80 percent of U.S. adults take some form of caffeine every day. Accordingly, coffee is one of the most commonly used ingredients in the world. But caffeine does so much more than just keeping you awake.It’s a central nervous system stimulant that affects your body in numerous ways. So, let's talk about this and why drinking coffee might not be good for for you. While there has been numerous studies about the benefits of coffee, such as it increases alertness, lowers the risk of depression and reduces the risk of brain diseases, it has also negative effects on sleep and anxiety and it can cause headaches, panic attacks, adrenal fatigue, loss of energy, it can deprive minerals and vitamins from your body (read more on here)
As I mentioned before(here), I quit drinking coffee last spring. Well, how did I get the idea to stop drinking coffee? After consuming my morning coffee, I noticed that at first it made me feel like a super man (I could concentrate better and it gave me an energy boost) but after a few hours I felt super sluggish and fatigued. Also, I was snapping more frequently and was not feeling happy. In the evenings it took a while for me to fall asleep and during the night time I was awake several times. So, I started to research articles about caffeine and what I read blew me away! I found out that there are people like me, sensitive to caffeine, and they experienced the same negative effects like I did after drinking a cup of Joe. Also, I realized that the more I read about the bad side effects of coffee, the eager I was to try to stop drinking it. So I started to wonder was the coffee really worth it? I mean I loved everything about coffee and was feeling like a different person after I had my first cup in the morning but that was because I was so addicted to that stuff. I don’t like the idea of being addicted to anything..And this addiction was getting worse: I found myself craving coffee even in the evenings. Ultimately what made up my mind was when I was looking at my son playing in his room and I noticed how energetic he was all the time in spite of the fact that he doesn't consume any caffeine. Why shouldn't I try the same and get my ”normal” energy levels back?

So back to my withdrawal symptoms which were not so enjoyable: I had a pounding headache for the first 3 days and I felt like I was living in a fog. I couldn't concentrate and I was moody and irritable. Sounds pretty bad, right? However, what happened in the first night, was that my sleep improved instantly. I felt really exhausted in the evening and I fell asleep right away after my head reached the pillow. This was great and it encouraged me to carry on. The next days were quite the same but after day 5 my "symptoms" disappeared and I didn't crave coffee that much. What I did get in return was amazing! After one week without coffee I felt more energetic, I didn't have the afternoon sluggishness/tiredness any more, I didn't NEED any caffeine in the morning (I was full awake without it), my sleep improved, I was able to concentrate better, my mind was clearer, I didn't have to drink so much water any more and my skin got better.
Here and here are some more tips how to quit coffee. 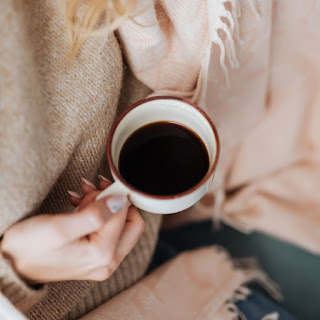 "Among any other benefits (better skin, better sleep, thinking before talking), I have noticed I am more relaxed around people. Any nervous/anxious seemed to dissipate."

Since quitting drinking coffee I have had some cups of coffee but honestly it doesn't taste that good any more and after consuming it, I can really feel the effects on coffee in my body: jitters, I feel like my mind is all over the place, my heart beat increases and it is hard for me to concentrate on one thing. As a result, I don't want to get hooked on it because I disliked the side effects. But occasionally if I feel like it, I can have one cup of coffee and the next day I'll have some tea and that's it! Having said that, I still love the smell of coffee and the taste and have found that drinking coffee, irregularly, once or twice a week is very suitable for me. This way I won´t get too "addicted" and avoid the side effects. More importantly, it is important which type of coffee you drink: I always choose organic and dark roast with some Reishi on it. You just have to figure out what works for you. 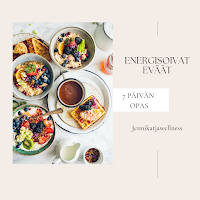 Read more:
💗 Newest post
💗How to lose weight with a right diet
💗 10 Ways to make your vitamins work better
💗 8 Tips for healthy eating
💗 How becoming a morning person made me more productive
💗 9 tips how to improve your sleep at night
💗 Detox-series (1): 5 tips how to lose weight
💗  13 tips how to flatten your belly